All Jonas wants is a nice vacation with his newfound love, Eli, away from the turmoil of his hectic life as a Detective for the Denver Police Department. When Jonas inadvertently touches Belphegor’s beast, he has visions of things to come, and they aren’t pretty. In the meantime, the Master of Ravens has discovered a unique gene in Jonas and wants him to do something for him. At the same time, Jimmy and Karen command discarded Cambion to possess people, and all Lily wants is to bask in the light, though she knows more is needed of her.

When Eli Thompson and Jonas Wechsler arrive at Eli’s ranch in Wyoming, Jonas thinks that he’s in for a peaceful vacation away from Denver’s chaos and crime, but soon they learn that relaxation isn’t what’s in store for them. A Fallen Angel has his eye set on Jonas when he sees a trait in him that would change the world for himself and the other Fallen.

After Jonas touches Belphegor’s beast, he reveals to Eli the three things it showed him, none of which are joyous and carefree as he’d planned for his time off from being a Detective. Eli’s friend, Connie, prompts them to return to Denver with the beast as it isn’t safe for the small community for them to remain.

The moment Karen had agreed to stand by Jimmy’s side in the dark, she wasn’t sure what his motives were until she sees the torment he caused the woman who took him back to the orphanage as an infant. When Jimmy becomes apathetic to his control of the discarded Cambion, Karen is unaware that the plan she devises to gain more power isn’t her own but that of the Master of Ravens whispering in her ear.

Little time passes when Jonas and Eli quickly learn that the Fallen Angel behind the brutal killings wants more than an audience with God. He wants history rewritten so everyone knows his name and for his grandchildren, Lily and Jimmy, to be part of a ritual to bring his former self to the world. Jonas and Eli’s problem is stopping the Fallen Angel before more lives are taken and provide a rational explanation to Lieutenant Gonzales.

There are no reviews yet. 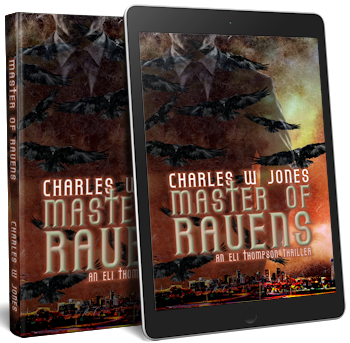