Travel the centuries with Reynard Ashwin, who unwittingly allowed a dark force to enter him to save himself from the plague in 1666, as he struggles to keep his humanity and not feed as the entity entwined with his soul demands. Reynard must feed the hunger burning in his core. Though Reynard protests, he quickly succumbs to devouring human flesh.

When Reynard Ashwin is offered a new life of vision, strength, and, most importantly, not succumbing to an untimely death threatened by the plague, he is intrigued but does not accept. Then entity takes him through the filthy city to ensure his commitment by showing him tragic scenes of death and decay; Reynard quickly accepts. What was not divulged was the hunger that filled him the moment he took the deal.

At first, Reynard abstains from giving the hunger what it wants and feeds on rodents filling the streets or lapping blood from cobbles near a butcher shop. When he returns home to find his wife and son have succumbed to the Black Death, he loses his morality and feeds the hunger burning within him with every bite of flesh and swallow of blood leaves him wanting more.

After being linked to a series of heinous murders, the authorities ship Reynard to America, where his bloody rampage continues across the continent. During his travels, only two women are spared from the hunger’s demands as they remind him of his past. With the help of these women, he learns how to end his contract with Hunger. 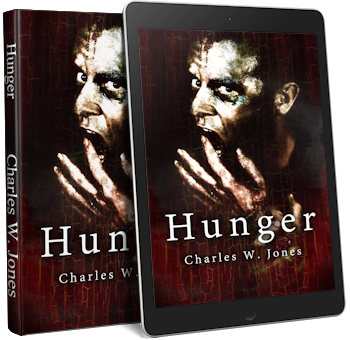