A Fallen Angel, Belphegore, aka Mr. Bel, plans to return to God’s side and good graces. Many years ago, he’d visited a boy, sharing a part of his essence, and feels the time has come for Cody, now a man, to return home to help see his plan to fruition. Shoshoni’s residents are worried about what Mr. Bel is planning and work to keep Cody from his grasp.

When Cody learns a Fallen Angel reigns in his hometown, he must return to end the evil plans.

Shoshoni used to be a thriving, small town in Wyoming but now has lost its luster. Some don’t care what happens, while others have fought for the town’s demise to keep the prophecy from coming true. One man, hiding behind the glaring windows of the Shanley Hotel, wants the city restored. He gave his knowledge to a young man many years ago who can help him more than he knows if he would just come home.

Strange things have been happening to thirty-three-year-old Cody; he’s lost sleep, heard sounds that shouldn’t be there, and has bruises he cannot explain. A woman, he’s sure has been stalking him, tells him to be careful, and he laughs. When he wakes with her in a motel room, he listens to what she has to say, though Cody doesn’t expect the psycho-stalker to tell him he should not go home.

At thirty, Tyler is still looking for ways to make an easy dollar, but he gets more than he expects when he goes home. The man living in the Shanley Hotel seduces him and convinces him to begin work restoring the block. When his brother, Cody, arrives to take Tyler away from Shoshoni, he is soon drawn into the darkness growing in the hotel without hope of escape.

3 reviews for Home A Novel 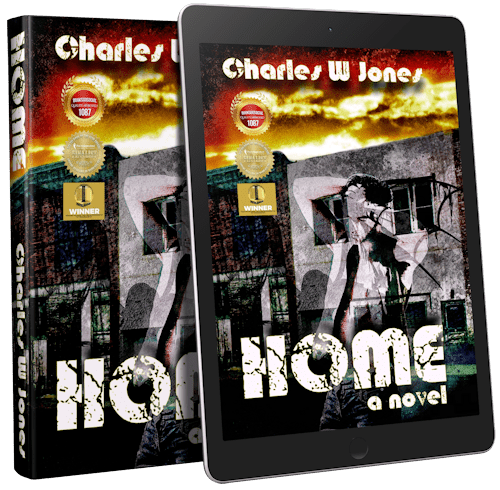