Set in his hometown, Shoshoni, WY, Charles W. Jones tells the story of a Fallen Angel, Belphegore aka Mr. Bel, with a plan to return to God’s side and good graces. Many years ago, he’d visited a boy, sharing a part of his essence, and feels the time has come to for Cody, now a man, to return home to help see his plan to fruition. The residents of Shoshoni are worried about what the Mr. Bel is planning, and work to keep Cody from his grasp.

Are you old school? Grab a signed copy!

When Cody learns a Fallen Angel reigns in his hometown, he must return to put an end to the evil plans.

3 reviews for Home A Novel 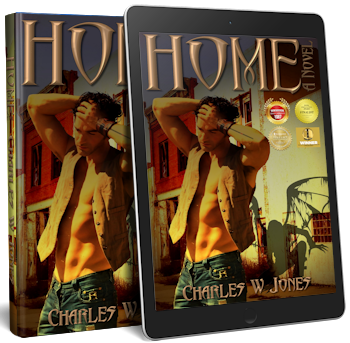