In the world of dreams, there are many unknowns. With every blink of the eye, there are new sights to see, from beautiful to vile, and Saul can help you navigate the ever-changing terrain. Take the journey inside your dreams and nightmares and watch as Saul discovers his place on the Second Plain while learning about his adversary. Will the nightmares plaguing you end, or will they persist as “The Man” takes what is yours?

Saul can control dreams, not just his dreams but dreams of people he comes in contact with. At first, he is not aware of what he can do and does not understand why people act strangely when he gets angry. When he goes away to boarding school, he inadvertently calls for help from his Spirit Guide.

His Spirit Guide teaches Saul about his gift and alerts him about danger from the Man who wants the gift. His paranoid warnings turn out to be true when the Man finds Saul after finishing school. Had Saul listened, then the nightmares that the Man creates for his pleasure and gain would not have happened. To end the nightmares, Saul must solve a poorly written “riddle” before it’s too late. 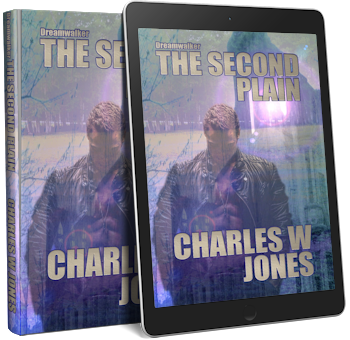