Blythe Valley has a secret that it wishes no one discovers. This collection of stories reveals what it wants to hide.

The night Atticus decided to take his life, a Fallen Angel came to him to help him with the grief he felt from losing his wife, giving him new hope for the future. Traveling across the country with his flock to find the promised land, his followers have no idea where some have gone. While Katrina is suspicious, she doesn’t speak of their leader’s strange actions until years later after he raped her and all but her and her husband, Griff, tragically perish.

Decades pass, and Heather and her friends hike into the woods to find the fabled town of Blythe, where she discovers a strange box that soon brings all of her dreams to life. Her husband, Shane, becomes unsure of her late-night escapades and begins to remember their past. When he discovers the diary that led them to Blythe years before, he learns an unexpected history.

Aletha and Pete live in her grandfather’s house, which seems to have more than them living in it. Strange dreams start to plague her after opening the old Steamer trunk that she found in the attic, and soon, their lives are turned upside down. When Amilcar shows himself to Aletha, and she discovers Pete’s corpse on the floor at the bottom of the stairs, the unease that she’s felt for months explodes, and she leaves the house to escape. A priest takes it upon himself to help her rid the home of the Fallen Angel to perish at its feet.

Ezra Thompson has had dealings with the Carrington Collective in the past. When he and his son, Eli, visit Waldgrave to investigate, they quickly learn that Amilcar has taken another to do its bidding. With little time to prepare, they face off with the Fallen Angel to save the town and its residents from its reign of terror. 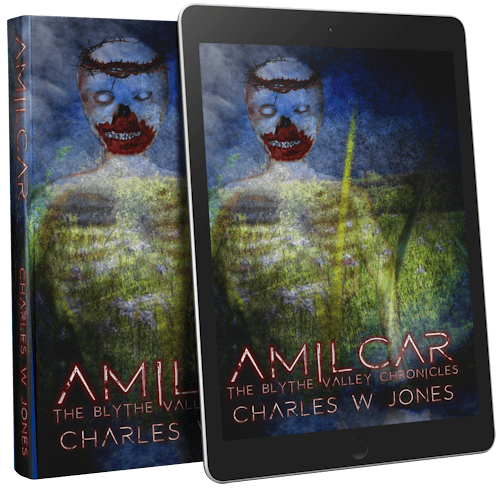